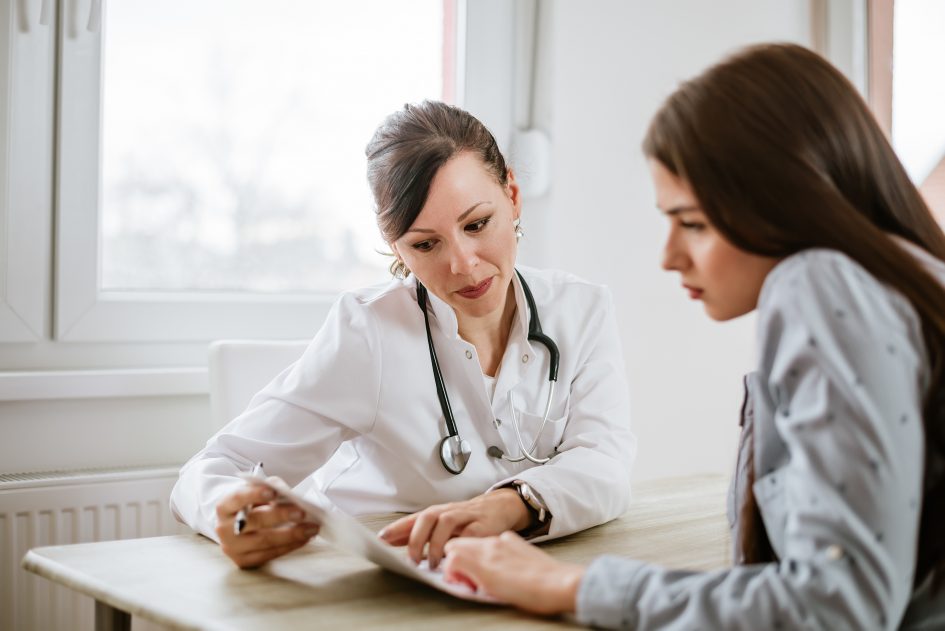 October is Breast Cancer Awareness Month. Everyone has the breast-cancer gene, also known as BRCA. But did you know that mutations to two BRCA genes– BRCA1 and BRCA2 – occur in an estimated 1 in 300 to 500 women and account for 5% to 10% of breast cancer cases and 15% of ovarian cancer cases in the general population? Experts have long-debated who should undergo BRCA testing as a means of prevention. Keep reading to find out what they now recommend.

When healthy, the breast-cancer genes – BRCA1 and BRCA2 – actually play a large role in preventing breast cancer. However, when these genes carry inherited mutations, which can be detected with genetic testing, they can increase someone’s risk of developing breast cancer – and at a young age. They are also known to significantly increase a woman’s risk of developing ovarian, fallopian-tube and peritoneal cancer. BRCA testing determines whether or not someone carries an inherited BRCA1/2 mutation.

New recommendations from the U.S. Preventive Services Task Force (USPSTF) for BRCA testing were recently published in the Journal of the American Medical Association as an update to the 2013 USPSTF recommendation on risk assessment, genetic counseling and genetic testing for BRCA-related cancer. According to the USPSTF, women should have an initial risk assessment test if they have these risks:

Some African Americans, Mexicans, Nigerians, and people from India may have an increased risk of a BRCA mutation due to ancestry, according to an editorial published in JAMA Network Open. If you’re a woman who has a high risk, the USPSTF is now recommending you see a genetic counselor and consider testing for the BRCA mutations. This can be a scary process, but early detection can improve your odds of survival!