Chronic Stress and the Love of a Good Dog 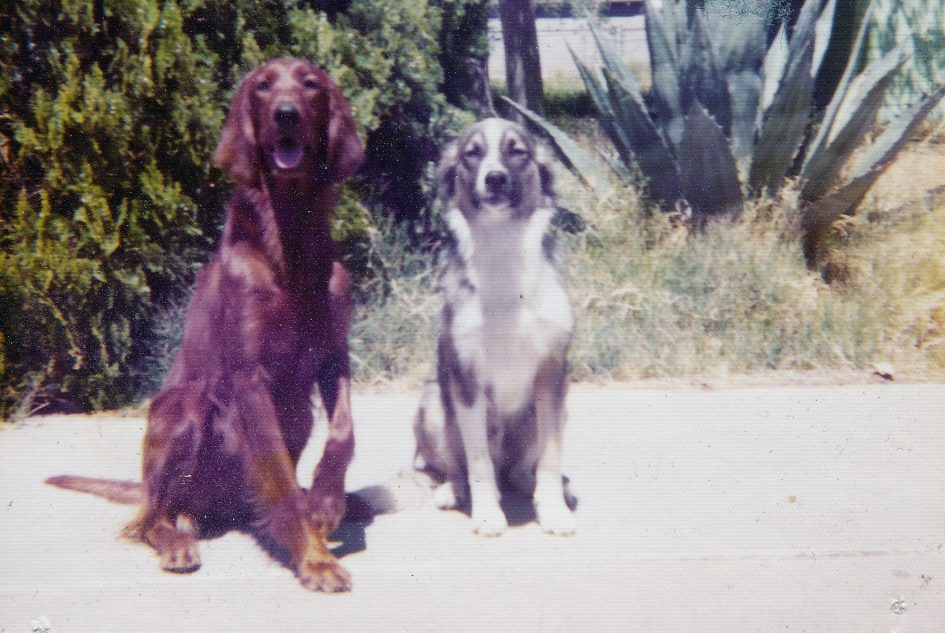 When it was over, we left through a back exit designed especially for newly mourning pet owners, so we wouldn’t have to face those happy humans in the waiting room whose animal loved ones were still with them. When Fido’s ashes came via FedEx, we spread them over his favorite swimming hole where he had spent many happy hours retrieving tennis balls from the water. Good boy, Fido. A good dog is the greatest stress-reliever known to humankind.

Years ago, our family moved back to Michigan from North Hollywood, California. My wife, Norma, was in our Dodge Omni with the two kids. I was leading the way in a giant U-Haul truck with our dog, Fido, riding shotgun. Yes, his real name was Fido, a name I had been set on long before I picked him out of the barking, yipping gaggle of hoping-to-be-rescued canines at a Phoenix dog pound. He was the only one who was calm and quiet.

Fido was a black, gray and white Australian Shepherd mix who had turned 16 years old just before we began this trip. Everyone loved him for his universal trusting acceptance of all humans. He was a great dog who rescued me when he was just six months old. When I got married, Fido held several years’ seniority over Norma and the girls, but he decided to grandfather them into the family as equal members, with all the same rights, benefits and protections he enjoyed.

The age of 16 is old for any dog. Fido was movin’ slow and had the usual senior aches and pains. During a pit stop at an Iowa rest area, while emerging from the elevated U-Haul passenger seat for a bathroom break and a little olfactory stimulation, he experienced a hard landing on the pavement. From that point, he was supersensitive to any touch or movement, whimpering in anguish at the slightest shift in position.

We immediately found a local veterinarian and got a diagnosis. Fido had wrenched his back in the fall, which produced a pinched nerve in the spine. Any minor movement prompted an additional, intense shot of pain.

The good doctor also noted that Fido was now on high alert for flashes of distress. He was so stressed about the expectation of pain that the tension itself was hurting him. It was causing his body to overproduce doggie cortisol, which intensified his existing discomfort and caused him to “catastrophize” that more hurtin’ was always imminent. The poor guy’s stress and physical suffering were feeding each other.

The cycling of severe chronic stress like this over time ultimately causes serious physical (and mental) health problems. This can happen at any age, and not only to dogs.

In this era of cultural discord and an ever-cresting tsunami of bad news, many of us are living with some level of fear, which is causing persistent tension. Combine that with personal sources of long-term stress such as work and relationships and it can threaten real harm to physical and mental wellbeing.

It’s important to differentiate acute from chronic stress. Acute stress is what occurs when we disturb a bear on the trail or realize we’ve stepped into the path of a speeding car. Cortisol release kicks in and we immediately leave the bear’s personal space or jump out of the street without even thinking about it. Events like these trigger the well-known fight-or-flight response. Since it’s not smart to fight with a large angry creature of the forest or a speeding vehicle, we choose flight in these circumstances. The fight-or-flight response is as old as humankind and has ensured our survival as a species.

Chronic stress was not meant to be a human survival mechanism. Prolonged cortisol production by the body is a distortion of this mechanism. Chronic — long-term — stress results from ordeals like a troubled marriage, an abusive boss or lasting financial problems. The body thinks it’s releasing cortisol and other stimulant hormones for a momentary crisis. In the short run, these hormones support attention, alertness and a call to action. In the long run, they put negative tension on every bodily function, which produces blood pressure problems, sleep disruption, fatigue, a weakened immune system, increased infections, anxiety, depression, anger, lack of focus, memory loss, hair loss and other issues.

Like Fido’s continual worrying about when the next excruciating pinch to the nerve in his spine was going to occur, many people are walking around in a diseased state of habitual anxiety, exacerbated by the significant fear of when the next shoe will drop.

Take Care of Yourself

If any of this sounds familiar, take care of yourself. Observe tension-reduction recommendations in the areas of exercise, sleep hygiene and proper nutrition. Learn to meditate. Expose yourself to nature. Get organized. Take breaks. Moderate the use of alcohol and other chemicals. Adjust perspective. Establish boundaries — especially with negative people you must endure, at work or elsewhere.

Eventually, Fido was able to settle down and de-stress, with some initial help from a doggie sedative. The pinched nerve in his spine ultimately relaxed, and his constant fear of the next jolt of agony subsided. We were able to help him interrupt the stress-pain cycle, and he had a comfortable trip the rest of the way home.

Sadly, two months after returning to Michigan, we had to put our cherished companion down. One morning his back legs stopped working, and we determined that his pain in living was greater than the heartsickness we would suffer from saying goodbye.

Norma and I gently petted him and whispered to him and cried like babies while our new vet of two months administered the barbiturate cocktail. Our precious family member drifted into a peaceful, permanent sleep. When it was over, we left through a back exit designed especially for newly mourning pet owners, so we wouldn’t have to face those happy humans in the waiting room whose animal loved ones were still with them. When Fido’s ashes came via FedEx, we spread them over his favorite swimming hole where he had spent many happy hours retrieving tennis balls from the water.

A good dog is the greatest stress-reliever known to humankind. ■